Download the latest Prey installers for laptops from our GitHub releases page (MSI for Windows included).

You can find your API Key on your  account settings, white over blue at the bottom-left corner of the screen. 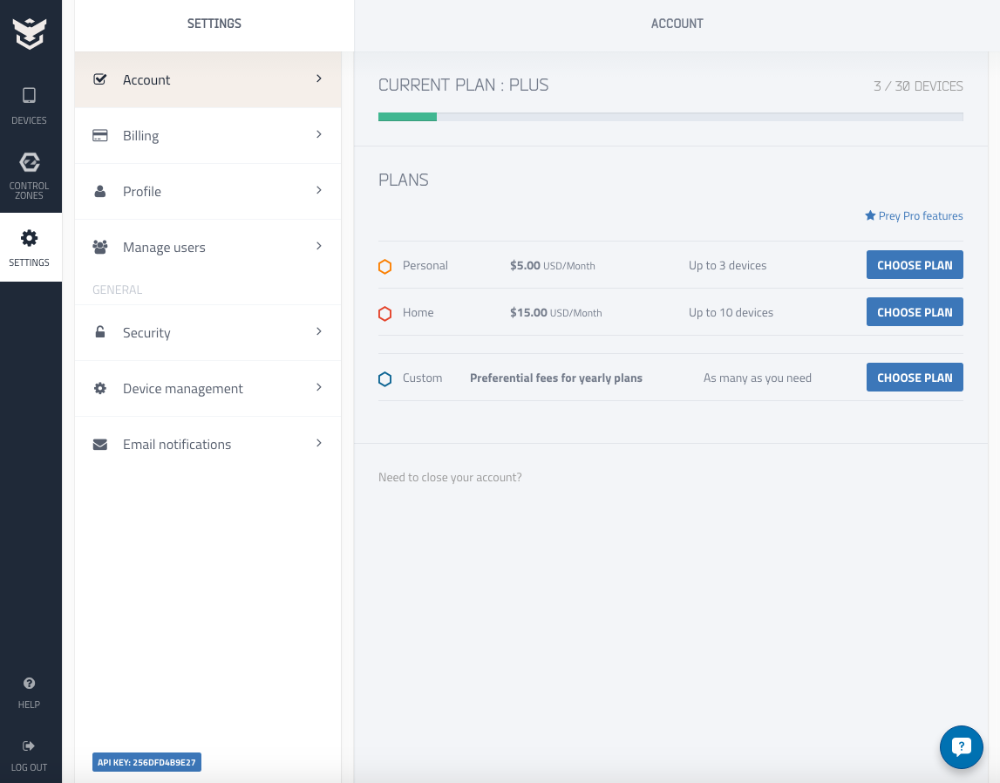 Check this article if you're deploying on phones.

There are two different installation methods for Windows. A pre-configured installer that will get the devices added to your account, or  EXE and MSI packages that you can run with Group Policy, Active Directory, etc. To get the installer, click on Create and you'll get both an email with download instructions and a link You can pass that installer or link to your teammates or employees, and when they install Prey into their computers, they'll be added to your account. No Prey login required.

If your environment doesn't support the pre-configured package, you can use our regular MSI and EXE installers instead. Both will work and install Prey on your systems, with two main differences.

Run the command prompt as an admin, and run the following command on it: 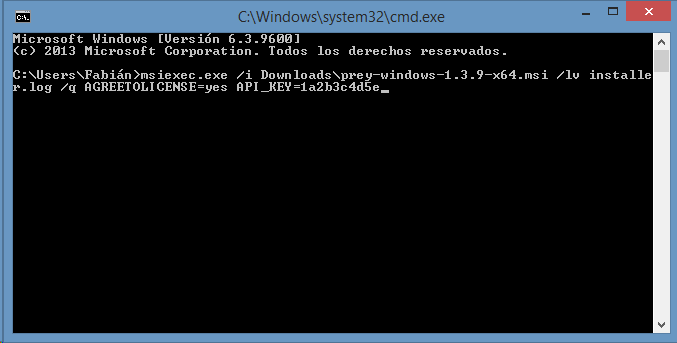 If you need a confirmation message at the end of the process, you can change the /q parameter to /qn+. silent.

This method will fail on computers without an internet connection. In order to disable the immediate validation against the Prey servers just add the SKIP_VALIDATION=yes parameter. In that case, the command would look like this:

The MSI installer will not create an uninstall file. To remove Prey from any of the computers, you'll have to run the same MSI package again, or open a command prompt as an admin and then run the following command:

The EXE installer is more oriented to individual users, not to organizations. It will require a few clicks even on its most silent mode, and will create an in case you need it in the future. To get an unattended install of the EXE file run the command prompt as an admin and run: 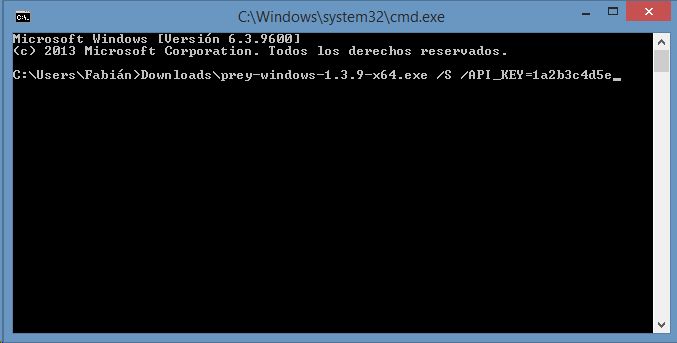 The /S parameter makes the though it can't be completely silent. For that please prefer the MSI method.

Open a terminal and run the following command: 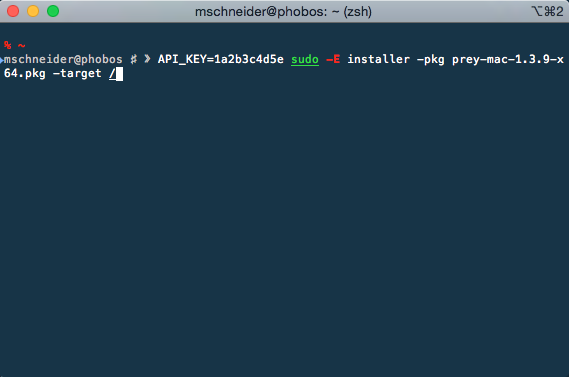 Important: You must pass a valid API_KEY value or the process won't work.

The script will actually check if the key is valid and if the account has available slots before copying anything to disk. This means that if the API_KEY verification fails, the install process will exit with a fatal error and it won't copy anything.

Run the following commands a terminal: 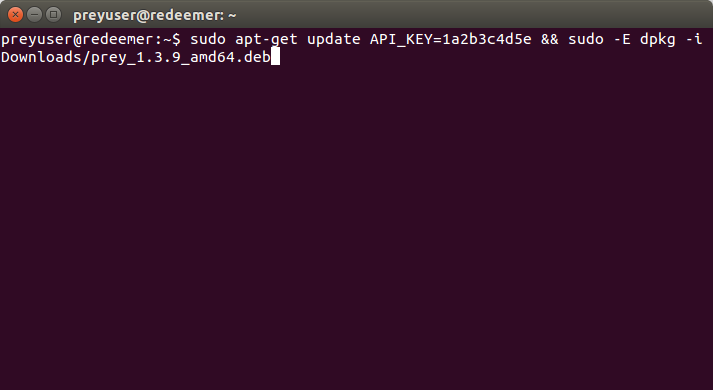 
We only provide official Linux support for Ubuntu systems. It is only a tiny fraction of our users, and most of them run Ubuntu. Let us know if we can help you with anything else by reaching us at help@preyproject.com.

Did this answer your question? Thanks for the feedback There was a problem submitting your feedback. Please try again later.
Last updated on May 19, 2020